Ancient Nutrition Organic Cordyceps Once Daily 30 Tablet - is made to bring you targeted support for mental clarity, hormonal health, immune system support and so much more. Help your body stay in balance so you can adapt to life’s stressors. 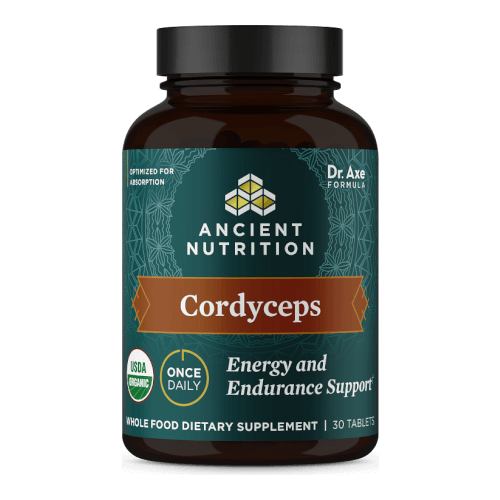 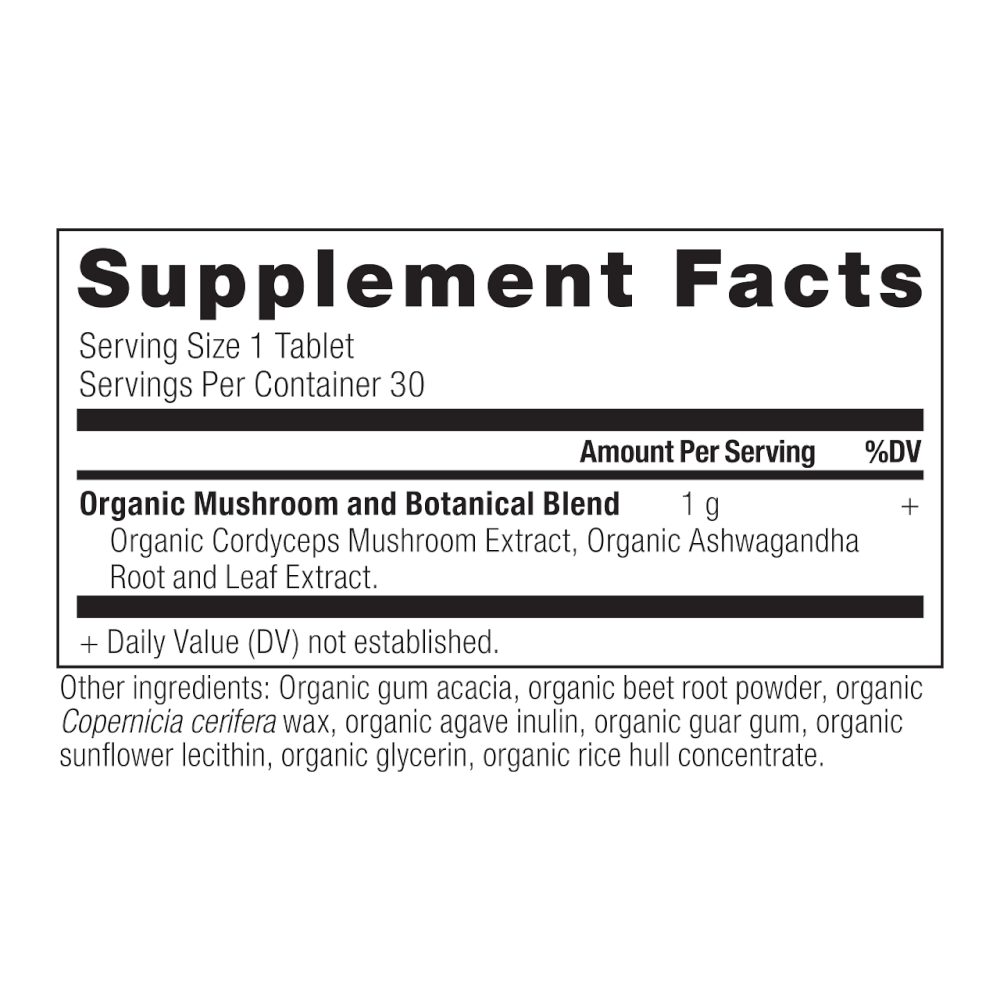 What is fermentation and why is it important?

Fermentation is an ancient process used to break down food into more absorbable components. During the fermentation process, microorganisms use aerobic and anaerobic metabolism to convert food compounds into powerful metabolites.

Here are some key benefits of fermentation:

The Power of Essential Oils: A Little Bit Goes a Long Way for Health

Essential oils are often referred to as the “life blood and immune system” of plants and trees. They are the concentrated oils of herbs, plants and trees—approximately 50 times more potent than the plants they come from!

For peppermint oil, one 15mL bottle requires approximately one pound of peppermint plants, and it takes 5,000 tons of rose petals to get one gallon of rose oil.

These are approximations, but you get the picture: there’s a whole lot of beneficial plant life in essential oils.

These precious oils can be distilled or extracted using CO2 and bottled, and when steam distilled, essential oils keep the “frequency” that they had when they resided in the plant.

Additionally, essential oils provide lipo-soluble fractions of plants. Since plants contain both water- and fat- soluble active compounds, we believe it important to consume a full spectrum of beneficial compounds. Fats and oils are required for the effective delivery of key antioxidant compounds.

Therefore, essential oils infused into herbal formulas can serve as a delivery system for these powerful botanicals.

Here’s the bottom line: Essential oils are some of Nature’s wonders, in that they serve to bring the body back into balance, thereby supporting overall health. In fact, they are extremely potent and can provide support for every bodily system.†

That’s why you’ll find essential oils in each and every Ancient Apothecary Fermented Mushrooms.

The Importance of Organic Mushrooms and Herbs

It’s no secret that in conventionally grown foods, including mushrooms and herbs, farmers use a variety of pesticides, herbicides, fungicides synthetic fertilizers and many other \"processing agents' which often remain in and on the food or herbs. Even washing these foods or herbs can’t get many of these off the produce.

Why? Because nearly 20 percent of the 17,000 (or more) pesticides in use today are known as systemic pesticides—those which reside inside the plant via its root system and have permeated the plant. That’s means they’re everywhere within the plants themselves and can’t be washed off.

Many studies and reports point to the adverse health effects of these chemicals in and on our food, which is why many choose to go organic. That reason alone is enough to make going organic is all the rage these days.

But another important benefit of organic food, including mushrooms and herbs, is that, because they’re grown organically, these plants are able to produce their own natural defenses against pests.

As a result, these plants are more resilient and defense-supporting by nature (literally) and have some of the very compounds and natural defenses that we can and often should include in our diet. For example, the resilient antioxidants and beneficial compounds found in plants are beneficial and even necessary for our bodies so that we can keep our own defenses strong.†

That’s why you’ll find these health-supporting organic mushrooms and herbs in each and every Ancient Apothecary Fermented Mushrooms.

Mushrooms can offer many benefits to health, but newer research points towards certain mushrooms helping to support a healthy brain and more.† In fact, mushrooms such as Cordyceps, lion’s mane and reishi show promise of supporting and boosting cognitive function.†

Many of the positive effects associated with these brain-boosting mushrooms are found in their biochemicals called polysaccharides.

Polysaccharides are carbohydrate structures which produce a long chain of carbon, hydrogen and oxygen cells. What’s most interesting is that, nutritionally, polysaccharides are digested by and used by the body as potential energy sources, but have a low glycemic index.

Many mushrooms, such as Cordyceps, are being touted for their polysaccharide content, since they have been found to provide many benefits, including boosting energy levels, supporting a healthy mood, boosting one’s immune defenses, healthy digestion, supporting cardiovascular health and liver health.†

Mushrooms are amazing fungi. In fact, they’re so distinct in nature that they are classified as their own kingdom—separate from plants or animals. While there are approximately 140,000 species of mushroom-forming fungi in the world, science is familiar with only approximately 10%, while only 100 species or so are being studied for their potential health benefits.

And Cordyceps mushrooms (Cordyceps sinensis)—also known as caterpillar fungus—are among them.

Used as a natural remedy for thousands of years, Cordyceps “mushrooms” grew only in the high-elevation mountain regions of the world—regarded as rare treasures in the past due to their location of growth and the determination and stamina necessary to procure them.

Fortunately, they are now cultivated commercially, so there’s no mountain climbing necessary to get them!

The use of Cordyceps first started after people noticed that animals consuming them would quickly grow strong and energized after eating them. Humans then noticed that Cordyceps provided energy and stamina to them, too.†

Unlike coffee and other stimulants, Cordyceps can energize by supporting the body on numerous levels, including their ability to function as an adaptogen, their antioxidant activity and their ability to support a healthy response to inflammation.†

As an adaptogen, Cordyceps helps to train the body how to cope with external stressors, allowing the body to have a healthy response to stress.† In so doing, they “calm” the body system, allowing it to be freed up to focus on energy, support for physical performance, and for overall vitality.†

As an antioxidant, Cordyceps works to fight the cascade of free radicals and oxidative stress that occur when the body is taxed by emotional, physiological or physical stressors.† Cordyceps helps to combat free radicals all by itself, but also acts to potentiate the body’s own endogenous antioxidants, such as superoxide dismutase (SOD) and glutathione (the mother of all antioxidants).†

Likewise, Cordyceps acts to support a healthy response to inflammation, which can help support overall health and help to keep the body resilient.†

Likewise, Cordyceps has been used boost athletic performance and stamina by supporting the body’s ability to absorb and use oxygen more efficiently.†

Cordyceps mushrooms can also help boost the body’s supply of adenosine triphosphate (ATP), the main source of energy for cells—increasing energy and liveliness—as well as using this energy to drive healthy, normal metabolic reactions and functions.†

In fact, ATP’s function is to store energy within a cell. That way, energy within the body is not wasted but is stored for later use. ATP is at the core of metabolic reactions which produce energy.

To go a little deeper, every living this has something that powers it for energy, and the human body’s main power comes from the mitochondria found in every cell in the body. Mitochondria are considered the cell’s power plant, supplying the energy to carry out all the cell’s jobs. Each cell contains up to 1,000 mitochondria.

Mitochondria produce ATP, believed to be humans’ source of energy. ATP’s primary purpose is to transport chemical energy within cells for metabolism—the sum of the physical and chemical changes that occur in humans.

Ashwagandha is a well-known adaptogen, that can help keep the body resilient when it faces stressors.

Fermented Cordyceps contains a clinically studied ashwagandha that is demonstrated to boost energy and reduce fatigue, assist in restoring and sustaining energy levels, and to enhance focus and mental stamina.†

In addition, this clinically studied ashwagandha ingredient can:

Combined with the bioavailability-boosting, nutrient-absorbing, digestion-supporting, and healthy circulation, metabolism and energy benefits of the Organic Fermented Warming Botanical Blend PLUS the digestion- and liver-supporting and bioavailability-boosting benefits of the Organic Fermented Botanical Blend AND the power of clinically studied Ashwagandha, Ancient Apothecary Fermented Cordyceps helps boost mental performance, while also promoting mental clarity and concentration.†

To Use: Adults take 3 capsules daily with 8 ounces of water or your favorite beverage. May be taken with or without food.

More Info on Ancient Nutrition Organic Cordyceps Once Daily 30 Tablet
† Statements on this website have not been evaluated by the Food and Drug Administration. These products are not intended to diagnose, treat, cure, or prevent any disease, but rather are dietary supplements intended solely for nutritional use.
My Account