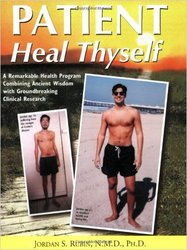 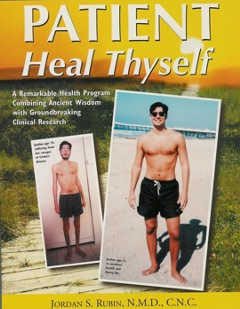 Where do I find the food in Patient Health Thyself


For the organic dairy products, that are so hard to find: Organic Sureroviv, Cheese and Amasai

From chapter one of Patient Heal Thyself:

My search for an answer for my Crohn's disease sent me further and further from home. I traveled to clinics all over the world, oftentimes in a wheelchair. As I mentioned, I went to the offices of 70 health professionals from seven different countries-in Europe, South America, Mexico, and Canada. As my search grew more frantic and desperate, at times I was grasping for straws. I tried two or three treatments that no rational person would consider. I know what it's like to be desperate, willing to try anything. I tried almost 500 different "miracle" products. I was the victim-and I choose that word carefully-of many well-meaning network marketing distributors of health products who made outrageous and unfounded claims. So much of what passes for scientifically validated nutritional supplementation is shamelessly promoted through network marketing or multi-level marketing and truly has little, if any, scientific substance.

Sometimes help comes from the unexpected. For Jordan, devoutly religious, help came from his Creator.

So what else was new? It was early 1996. My father had just gotten through telling me he had spoken to an eccentric nutritionist on the phone. My father didn't want me to get my hopes up so he had investigated the man's program himself. The nutritionist told my father he believed I was ill because I was not eating the diet of my ancestors, based upon Biblical principles.

When my father told me about all of this, naturally, I was curious. Since I had opted not to have surgery and I was still alive, I decided to try this. It fit into my belief system. In an effort to start all over, I took myself off all nutritional products and read the Bible to see what people ate thousands of years ago. I also learned that the longest living cultures in the world had one thing in common: they consumed living foods that abounded with beneficial microorganisms.

A few weeks later, I got on a plane, still bound to my wheelchair, and headed for southern California to live closer to the man who would teach me how to eat from the Bible. After integrating into that particular nutritionist's program some of my own findings about nutrition and health from the Bible I saw some improvement.

Most times promises are best kept, but, occasionally, times arise when a promise broken is best. It had been ten months since I had taken any supplements, and although my father had promised he wouldn't send me anything else to try, he decided to send me something anyway. It was a plastic bag containing black powder. I had already tried over thirty different probiotics. Now was I supposed to eat this stuff that looked like dirt?

"Forget it," I thought.
My dad called on the phone and urged me to give it a try.
"It may look like dirt, but it isn't," he said. "It contains healthy organisms from the soil."

An article that accompanied the package explained that these were the nutrients missing from today's pesticide-sterilized, barren soils-not only trace minerals but organisms (Homeostatic Soil Organisms?, or HSOs?, as I later named them). These were living organisms that had been wiped out by the pesticide treatment of America's farm lands, pasteurization of foods, and modern man's disdain for all microorganisms-even those life-supportive bugs our bodies need for great health.

More Info on Books Patient Heal Thyself Paperback by Jordan S Rubin
† Statements on this website have not been evaluated by the Food and Drug Administration. These products are not intended to diagnose, treat, cure, or prevent any disease, but rather are dietary supplements intended solely for nutritional use.
My Account