Primal Defense is designed to optimize the digestive terrain, bowel and immune system function. Primal Defense is a probiotic that has over 100 naturally occurring Vitamins, Minerals and Live Enzymes. 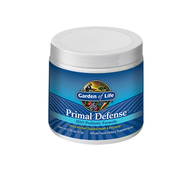 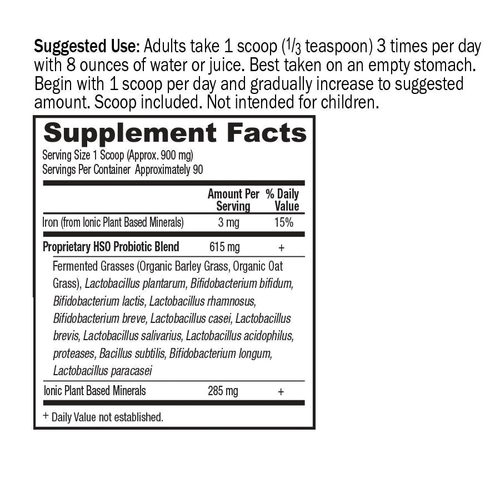 What is Primal Defense?

Probiotics are important because they can synthesize certain vitamins and short-chain fatty acids to support a healthy intestinal lining and bolster immunity. When your intestinal lining is occupied by healthy beneficial flora, it leaves unwelcome icroorganisms deprived of both space and nutrients. Primal Defense contains the same nutrients used for thousands of years by some of the healthiest and longest living people in the world.

Why do we need Primal Defense ?

Beneficial soil and plant based microbes used to be ingested through food grown in rich, unpolluted soil. However, for the last 50 years our soil has been sterilized with pesticides and herbicides, destroying most bacteria, both bad and good. Our modern lifestyle, which includes antibiotics, chlorinated water, agricultural chemicals, pollution and poor diet, is responsible for eradicating much of the beneficial bacteria in our bodies. A lack of beneficial microorganisms often results in poor intestinal and immune system health, contributing to a wide range of symptoms and illnesses.

What are HSOs ( Homeostatic Soil Organisms )?

The main component in PrimalDefence is HSO , which has been used for over 22 years by thousands of health care practitioners. The non-mutated naturally occurring colonies of probiotics in Primal Defense are from the original, pristine cultures found in unpolluted soil and plants, now cultivated in U.S. laboratories using proprietary methods. Primal Defense HSOs are in a substrate of nutrient rich superfoods providing vitamins, minerals, trace elements, enzymes and proteins. The probiotics are then made dormant using the Microflora Delivery System, which protects and delivers them directly to the GI tract where they multiply and flourish.

How do HSOs Work?

HSO are beyond probiotic. HSOs are impervious to stomach acids and the digestive process, the microrganisms in Primal Defence probiotic move through the stomach into the intestinal tract where they form colonies along the intestinal walls. HSOs multiply in the intestines and actually compete with harmful bacteria and yeasts for receptor sites, crowding out pathogens and taking up residence. Once established, the organisms quickly begin producing the proper environment for nutrient absorption, thus reinstating a balanced pH.

What is the difference between Primal Defence and other Probiotics?

Even if they manage to get through the destructive stomach acids, most probiotic supplements can have a difficult time implanting in colons that are pH imbalanced or have too many harmful bacteria. The HSOs in Primal Defence are designed to implant in any colonic environment. The Microflora Delivery System ensures that the Primal Defence probiotic colonizes throughout the digestive tract where they are most effective. The probiotics contained in Primal Defense are grown and incorporated into a living whole food substrate using the Poten-Zyme process, which allows them to thrive on their long journey through the GI tract.

Most probiotics on the market today grow bacteria, and then in a centrifuge, separate them from their substrate. We believe the substrate is as important as the probiotics themselves. Many probiotics have included fructooligosaccharides (FOS) in their product. FOS is an indigestible sugar that may cause digestive disturbances in certain individuals. Primal Defense contains no FOS.

Since most probiotic supplements contain live cultures, they are temperature and age sensitive, therefore requiring refrigeration. If room temperature can begin to degrade these probiotics, imagine what the warm human body will do. Our HSOs remain dormant until activated by body fluids, thus requiring no refrigeration. Many probiotic products measure their potency in colony forming units (CFU), whereas in Primal Defense , it's not the quantity of probiotics, it's the quality. The hardy probiotic strains in Primal Defense are resistant to heat, cold, stomach acid, chlorine, fluorine, ascorbic acid and bile. The efficacy of a probiotic should be based upon its ability to ferment foods.

Primal Defense is cultured with the following:
More Info on Garden of Life Primal Defense 81 Grams Powder
† Statements on this website have not been evaluated by the Food and Drug Administration. These products are not intended to diagnose, treat, cure, or prevent any disease, but rather are dietary supplements intended solely for nutritional use.
My Account
Product
Qty
Price
Subtotal
Total =
Contact & Shipping Info
Jesus Loves You
Privacy Policy
//