Medi-Clay-FX TM provides a rare source of calcium bentonite clay that promotes whole body detoxification. It contains a unique source of bentonite clay called calcium aluminosilicate. Consuming clay internally has a long history of use with outstanding, health-promoting effects and has been used by various ancient cultures. 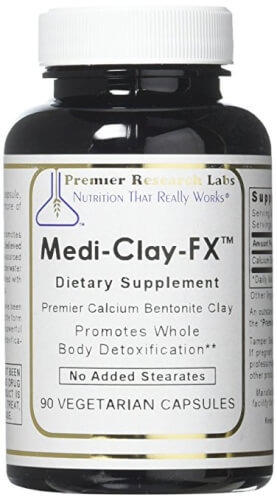 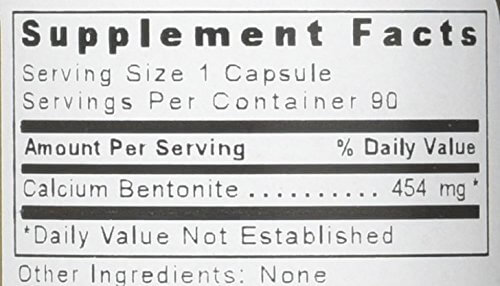 Consuming clay internally has a long history of use with outstanding, health-promoting effects and has been used by various ancient cultures. Unlike most sodium-based bentonites, Medi-Clay-FX TM contains a rare, freshwater-based bentonite believed to be the only known bentonite sourced from the site of an ancient underwater volcanic eruption that was flushed with fresh water for millions of years.

Numerous analytical studies have been performed on this particularly unique smectite form of bentonite clay demonstrating its powerful adsorptive and absorptive detoxification properties. At the outer surface of this clay’s distinctive crystalline structure is a negative electrical charge which characterizes Medi-Clay-FX's highly effective adsorptive qualities. When these negatively charged clay molecules meet undesirable positively charged particles, the clay's ions are exchanged with the positive ions of the undesirable molecule.

Once the clay molecules's charges are electrically satisfied, the clay's absorptive properties, which have a crystal-like composition, act like a sponge and pull these undesirable substances deep into the clay's inner structure, trapping them until the body eliminates them.

Due to the clay's vast interactive surface area, one capsule, taken twice daily (with water) is all that is required for beneficial results. It is not necessary to hydrate or soak the clay before use.

More Info on Health Food Emporium Medi-Clay-FX 90 Capsules
† Statements on this website have not been evaluated by the Food and Drug Administration. These products are not intended to diagnose, treat, cure, or prevent any disease, but rather are dietary supplements intended solely for nutritional use.
My Account