Life Extension Mitochondrial Energy Optimizer. The loss of cellular vitality is caused by a number of factors, including mitochondrial problems 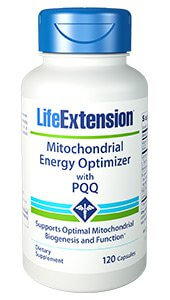 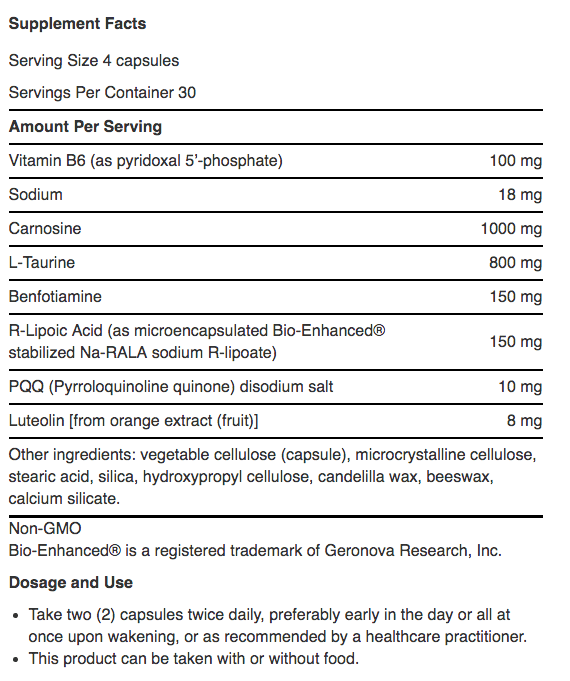 All cells in our bodies contain tiny organelles called mitochondria that function to produce cellular energy by means of the adenosine triphosphate (ATP) cycle. The number of mitochondria in a cell varies widely by organism and by tissue type. A human cell can have from a few to several thousand mitochondria.

One of the most serious events that cause the loss of cellular vitality is the depletion of mitochondrial energy-producing function. Cells require healthy mitochondrial activity to perform life-sustaining metabolic processes. As mitochondrial function weakens in our cells, so does the vitality of organs such as the heart and brain or in some cases, the entire body.

Life Extension members now have access to a state-of-the-art nutritional formula called Mitochondrial Energy Optimizer with BioPQQ® that not only protects delicate cellular structures and enables cells to perform life-sustaining metabolic processes . . . it also helps generate new mitochondria. This formula is designed to counteract age-related structural and functional changes and promote biogenesis with these unique ingredients:

Carnosine — As humans age, their proteins become irreversibly damaged by glycation reactions. Glycation is the cross-linking of proteins or lipids and sugar to form non-functioning advanced glycation end-products (AGEs) in the body, which can lead to alterations of normal cell function. Carnosine is not only the premier antiglycating agent, but it also protects neurons against reactive and cytotoxic protein carbonyl species associated with normal aging.

Luteolin — Unremitting systemic inflammation is involved with virtually every undesirable consequence of aging. Culprits behind inflammatory reactions are pro-inflammatory cytokines, such as interleukin-1 and tumor necrosis factor alpha. Luteolin is a super-potent plant extract that has been shown to suppress these inflammatory cytokines.

Pyridoxal 5'-Phosphate — Aging results in the formation of toxic advanced glycation end products throughout the body. Pyridoxal 5'-phosphate is the active form of vitamin B6 that has been shown to protect against both lipid and protein glycation reactions.

Acetyl-L-Carnitine Arginate — The amino acid L-carnitine is required to transport fats into the mitochondria to be burned for cellular energy. ArginoCarn® Acetyl-L-carnitine arginate is a patented form of carnitine that has been shown in cell cultures to stimulate the growth of neurites.

Taking all of these ingredients separately would be prohibitively expensive. Life Extension members can benefit from all of them in this one cost-effective, comprehensive formulation to promote mitochondrial structure, function and formation.

More Info on Life Extension Mitochondrial Energy Optimizer with PQQ 120 capsules
† Statements on this website have not been evaluated by the Food and Drug Administration. These products are not intended to diagnose, treat, cure, or prevent any disease, but rather are dietary supplements intended solely for nutritional use.
My Account