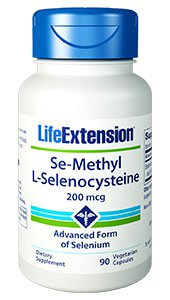 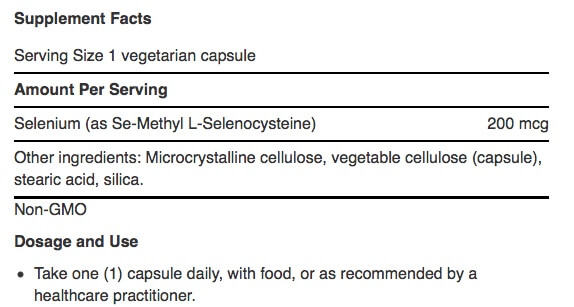 As an essential co-factor of glutathione peroxidase, selenium is an important antioxidant. Selenium is incorporated into proteins to make selenoproteins, which are important antioxidant enzymes. The antioxidant properties of selenoproteins help prevent cellular damage from free radicals. Other selenoproteins help regulate thyroid function and play a role in the immune system, DNA repair, and the detoxification of heavy metals. High doses of vitamin C (over one gram) may enhance the absorption of selenium. This mineral is best taken in conjunction with antioxidant supplements, such as vitamins C or E.

Se-methylselenocysteine (SeMC) is a naturally occurring seleno-amino acid that is synthesized by plants such as garlic and broccoli. SeMC is an organoselenium compound and also more bio-absorbable than other forms. Unlike selenome-thionine, which is incorporated into proteins in place of methionine, SeMC is not incorporated into any proteins, thereby being fully available for the synthesis of selenium containing enzymes, such as glutathione peroxidase.

More Info on Life Extension Se Methylselenocysteine 200 mcg 90 capsules
† Statements on this website have not been evaluated by the Food and Drug Administration. These products are not intended to diagnose, treat, cure, or prevent any disease, but rather are dietary supplements intended solely for nutritional use.
My Account